The City of Trees’ – Boise Idaho 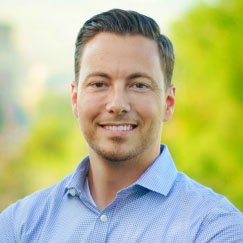 Boise Idaho, The City of Trees

“Veyez les bois!” (See the trees!) Cried an ecstatic Captain Bonneville, after spying the tree-lined Boise River, something that must have been a relief to his foliage-starved eyes since it had been months of traveling along the high desert plains with scarcely a tree in sight. We as Boiseans are familiar enough with this anecdotal account of how Boise acquired its name, but is it true?

In fact this famous quote may in all accounts have been uttered by the French explorer, but rather as a reference to the already christened “Boise” river. According to historical journals kept by trappers and explorers of the area, the aptly named wooded river or “Riviere Boiser” was mentioned some 15 years before the captain made his way over to it.

Needless to say, the Boise River still holds its head up high regardless of its debatable name acquisition and doesn’t disappoint its local fans or those out-of-town visitors.  Certainly a day on the greenbelt, either upon a bike or walking under the canopy of thickened leaves, is sure to please the most fickle of pedestrians.

Among those fabulous trees made famous by the captain and other explorers are the Black Cottonwood, Alders and Serviceberries.  All native species to the riparian landscape and still provide a service that is both instrumental to the health of our river systems and aesthetically pleasing. The dense network of underground roots create an efficient filtration system, wicking out pollutants and other debris, evidenced in a river that is clean and clear and especially tempting to venture into on a hot August day.

In addition to the trees are a whole host of other inhabitants who share the river eaux de vie frogs, fish, turtles, beavers, muskrats, wild fowl and crawfish and of course, the occasional human species either planted in the middle of a river seam donned with waders and fly rod or inflatable river tube and hopefully a good bit of sunblock.

Since its earliest inception, Boise Idaho has continued to entice visitors and residents alike to its valley location.  Nestled among the foothills, river and fertile plains, the city has grown from its rural roots and into the hearts and minds of mainstream America.

After all, who hasn’t beard of Boise State University (BSU) or their infamous blue turf?  Or our local cycling hero and gold-medalist Kristin Armstrong? Trey McIntyre and his philanthropic works or the vibrant cultural amenities like the Boise Art Museum, Idaho Historical Museum or the pristine grounds of Julia Davis park, all located within a stone’s throw from the Boise River.

Yes, Boise can be proud of its pioneering and Native American heritage and will hopefully continue to live up to its well-earned moniker of “The City of Trees”.